Nova Scotia is home to the highest concentration of ocean scientists in the world. Together they’re fostering a business incubation climate that is spinning off companies and making a huge impact on their areas of expertise. 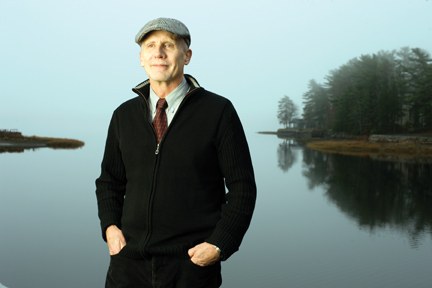 In the admittedly narrow world of oceanographic CO2 sensors, the intense competition that took place in the clear deep waters off Hawaii in 2009 was like the Olympics, the World Cup, and the 1972 Canada–Russia hockey series all rolled into one. The world’s top ocean submersible CO2 sensor manufacturers—all three of them—had made the journey to the Hawaiian Islands to see who was the best at their craft. Each competitor’s sensor was suspended beneath an ocean buoy where it would measure the CO2 in the water near the surface over a period of weeks. For control, scientists at the University of Hawaii performed “wet tests”—chemical analyses of the seawater samples that would measure exactly how much CO2 they contained.

When the dust settled, the undisputed champion was a small company called Pro-Oceanus Systems Inc. based in Bridgewater, N.S. “We were far and away No. 1,” boasts president Bruce Johnson. In fact, Pro-Oceanus was within the estimated margin of error of the University of Hawaii chemistry analysis, the only company that managed that feat of precision. The verdict? Pro-Oceanus’ sensors were the best submersible CO2 sensors in the world.

The victory means a lot more than simple bragging rights. It means that Pro-Oceanus is poised to be the go-to instrument company in what promises to become one of the most lucrative industries of the 21st century: the algae-to-fuel industry. Despite the name, the industry is much more complex than simply providing fuel for thirsty gas tanks. “What is usually referred to as the algae-to-fuel industry is actually a whole range of high-value products,” says Johnson. “It’s everything from advanced chemicals to food supplements like omega-3 additives. There’s a lot of money going into the industry right now.” A lot of gas too—CO2 that has to be pumped into the system to provide gas for the algae to use to photosynthesize into organic product. “CO2 is a big expense for these operations, and if you’re not monitoring it closely a lot of it can be wasted,” says Johnson. “That’s where we come in.”

For Pro-Oceanus, it may be a case of producing the right product at the right time, but the company isn’t alone. More than 200 firms in Nova Scotia work in the ocean technology industry, including more than 60 that are producing the kinds of high-tech innovations for which Pro-Oceanus is becoming famous. The region has developed a reputation for excellence in a number of underwater specialities such as acoustics, remote sensing, marine geomatics, biotechnology, unmanned vehicles, and naval architecture.

In addition to being the headquarters of Canada’s East Coast naval base and Canadian Coast Guard (Maritime Region), Halifax is home to five major federal research facilities, including the Bedford Institute of Oceanography (BIO), Canada’s largest centre of ocean research; the Institute for Marine Biosciences; and the navy’s Defence R&D Canada laboratory. Those facilities, along with Dalhousie University, are home to 450 PhD ocean scientists, the highest such concentration in the world. Together they’re fostering a business incubation climate that is spinning off companies with such names as Satlantic, MetOcean Data Systems, McGregor Geoscience, Amirix-Vemco, Akoostix, and Ocean Nutrition Canada—companies that are making a huge impact on their respective areas of expertise. Ocean technology companies serve a variety of other ocean-related industries; already more than 15% of Nova Scotia’s GDP—more than $5 billion every year—comes from ocean-related industries. But as impressive as that sounds, it’s just a tiny bite of the $3-trillion market around the world, a market that’s growing every year.

In addition to that impressive array of talent, the ocean tech industry in Nova Scotia has something else going for it—something that seems obvious on the surface. The province has more than 7,500 kilometres of coastline, coves, islands, and estuaries, a geography that has forged close ties to the sea for centuries. It’s a diverse coastline that ranges from the deep protected waters of the Bras d’Or Lakes in Cape Breton to the warm waters of the Gulf of St. Lawrence to the open Atlantic, and it provides a range of testing facilities for companies looking to dry run the latest acoustic sensor or test drive a new remotely operated submersible.

One marine environment in particular, the unique Bay of Fundy, is becoming ground zero for a new global energy business. With epic hydraulic forces driven by the highest tides in the world, Fundy has become a fertile testing ground for a number of companies trying to develop new tidal power-generating technology. But the massive 16-metre Fundy tides offer another advantage as well—one that Nova Scotia shipbuilders have been taking advantage of for 200 years. The tides drain a large part of the bay twice daily, turning Fundy’s muddy seabed into a natural dry dock facility.

It’s a phenomenon that one small ocean technology company, Instrument Concepts Inc. of Great Village, N.S., has taken advantage of. “The Bay of Fundy makes a good test bed for acoustics instruments,” says company founder and president Mark Wood. “We can wait until the tide is low, then walk out 500 metres and place our equipment exactly where we want it using GPS. A couple of hours later, it’s completely covered by seawater. At the next low tide, we can walk out and recover it. It’s much easier, much cheaper, and more accurate than using a ship or a testing tank.”

Recently, Wood’s company has been doing for the passive acoustic industry what Apple Inc. has done for the cellular telephone: packaging all of the functions of an underwater hydrophone into one easy-to-use package. Instrument Concepts products come right out of the box with hydrophones, computer hookups, manuals, and the software that will analyze and interpret the whale songs, crab clicks, and other acoustic data emanating from beneath the surface of the water. It’s ideal for ocean scientists and government monitors with small operating budgets.

The hydrophones that Instrument Concepts is marketing are most appealing in places where human activity is intruding into the ocean environment. The oceans are noisy, and some of that noise is manmade. As people set up more industry under the sea, oil drilling, seismic blasting, and tidal and wind power plants are raising noise levels, which could have a detrimental effect on the marine environment. “Everyone has a sense that whales are affected by noise in the ocean, but most people don’t realize that everything is affected,” says Wood. “Whales and fish can swim away, at least, but species like crabs and mussels can’t escape.”

An electronic-instrument designer with more than two decades of experience, Wood launched Instrument Concepts in 1999 in his hometown on the Fundy shore. “It occurred to me that not a lot of companies were providing solutions to this problem,” he says. Until a year ago, the company was a “boutique” operation; today it has morphed into a full-fledged production-manufacturing firm with all of the important components of its products made in Nova Scotia. Like most ocean tech companies in the province, it exports the bulk of its products to other countries. Its latest market is in the U.K., where a massive and controversial project is now underway to build and operate 7,000 offshore wind turbines by the year 2020; it’s an industrial installation that could change the acoustic signatures of the North Sea and English Channel forever.

Like Wood, Derek Inglis cut his teeth in the Nova Scotia ocean tech business, at the satellite-tracking company Seimac Ltd. Today he’s the president of Xeos Technologies Inc., a small Halifax-based company that designs and manufactures miniature transmitters that connect through satellite, radio, and GPS signals—transmitters that spend a lot of time sitting in places such as the Scotian Shelf and the Antarctic ice sheet. Inglis says that the ocean tech industry may fly under the radar in the minds of Nova Scotians more concerned about pulp mills, pipelines, and tourism, but local companies have a huge reputation in research centres such as Woods Hole Oceanographic Institution in Massachusetts and the Scripps Institution of Oceanography in San Diego. “We have a long history of ocean technology here,” he says. “Halifax is held in very high regard in the U.S. as a place that’s producing a lot of innovative stuff.”

Inglis’s own products are a case in point. For any scientist whose research depends on placing oxygen, salinity, temperature, or seismic monitors on the bottom of the ocean, satellite products are necessary features. The transmitter attaches to an expensive instrument array, sending signals to an orbiting satellite if the package gets loose and becomes lost. “Scientists have a lot invested in their gear,” says Inglis, “both in terms of money and in the data they’ve been collecting.”

Xeos Technologies benefits from a strong brand perception that Halifax has developed around the world as a centre of satellite and remote-sensing excellence. That’s important, since more than 75% of Xeos products are sold outside Canada. The company maintains a dealer network in such places as the U.S., Germany, New Zealand, Australia, and the U.K. The huge oceanographic centres at Woods Hole and the Scripps Institution are major customers, and Halifax’s Bedford Institute of Oceanography (BIO) is Xeos’s largest Canadian client.

In addition to out-of-the-box technology, the company also takes on custom design projects. “Our geography works in our favour,” says Inglis. “We’re close to New England and not far from Europe. It’s easy to get to our customer base.” He sees the potential for a lot of growth in the satellite business here, thanks to the concentration of universities in Nova Scotia that are producing high-quality scientists and engineers. “Most of these people are looking for jobs in the region,” he says. “It’s those people who will build the next generation of companies.”

Bruce Johnson is one of those people. Like so many of the scientists, engineers, and technicians who are building the Nova Scotia ocean technology brand, Johnson started his career designing instruments for his own projects in the oceanography department at Dalhousie University before taking the plunge and forming Pro-Oceanus more than a decade ago. “I kept getting calls from scientists who wanted to buy the sensors I was designing,” he recalls.

While the Nova Scotia brand may already be impressive, Johnson says the industry is really just beginning in the province. Many fledging companies are developing their product lines, while others are partnering with regional companies to develop more complex and lucrative projects. The massive federal shipbuilding contract that promises to inject billions into Halifax will be a major economic driver for the industry during the next few decades, and the well-established presence of the BIO and the new Halifax Marine Research Institute will play a significant part in the next round of growth.

“In many ways we’re already a centre of oceanographic expertise, and we’re recognized for that around the world,” says Johnson. “But that’s going to increase even more in the next 10 years. I’m very positive about the future of our industry.”