Ocean Networks Canada, ONC, has recently expanded it’s underwater platform that has been operating an Arctic Ocean monitoring site in Cambridge Bay, Nunavut, since September 2012. In August 2015, twelve new sensors were deployed at the underwater site, including pCO2, pH and Nitrate. The full article can be viewed here. 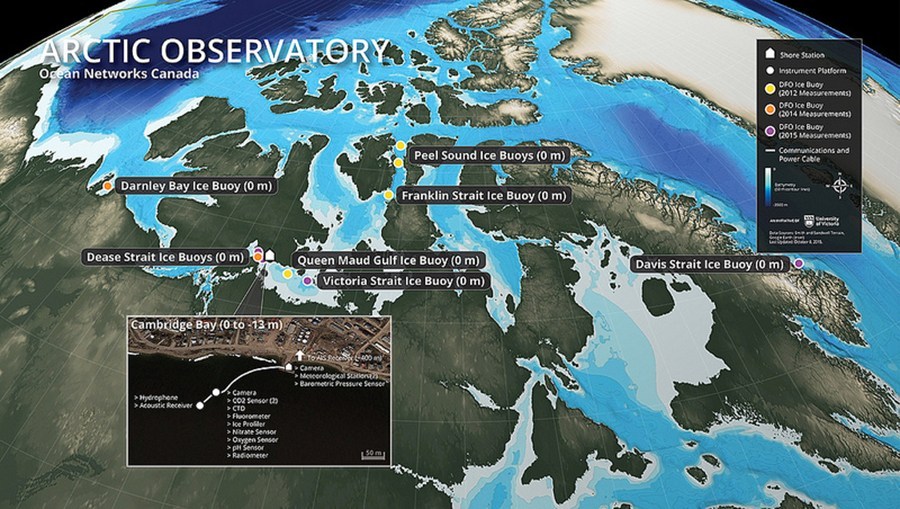 The sensor platform is cabled to a shore station where power is supplied, and real-time data is transmitted 24 hours a day and 365 days a year where it uploaded to the ONC data portal, Oceans 2.0. The platform is located 8 meters beneath the surface in waters that have an average annual temperature of less than 4 degrees Celsius. 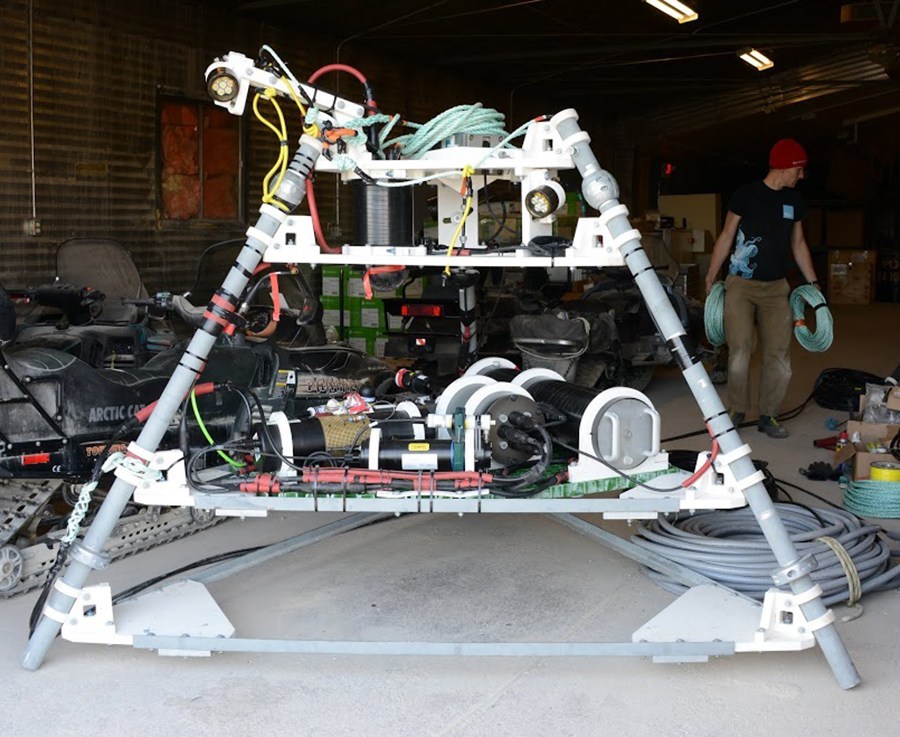 The Arctic poses significant challenges to both scientists and engineers for a number of reasons, including prevalent sea ice, cold conditions, and lack of infrastructure. The requirement of long-term, reliable autonomous measurements is extremely important in these areas in order to better understand the processes and changes occurring on both sort and long time scales.

The partial pressure of CO2 is being monitored by a CO2-Pro™ CV instrument from Pro-Oceanus. The instrument is programmed to monitoring pCO2 continuously while performing a zero CO2 measurement every 12 hours to correct for any sensor drift over time. The sensor is designed to work in cold waters for periods of up to a year or monger before any maintenance is required. This data is available for download on the Oceans 2.0 portal.